Mitsotakis: Windfall from US visit – Messages to Ankara and NATO

Kyriakos Mitsotakis used the most appropriate and ultimately effective way for the audience to address all the burning national issues – Referring to the Russian invasion of Ukraine, he noted that “we naively ignored the warning signs and the Russian acts with the annexation of Crimea “ 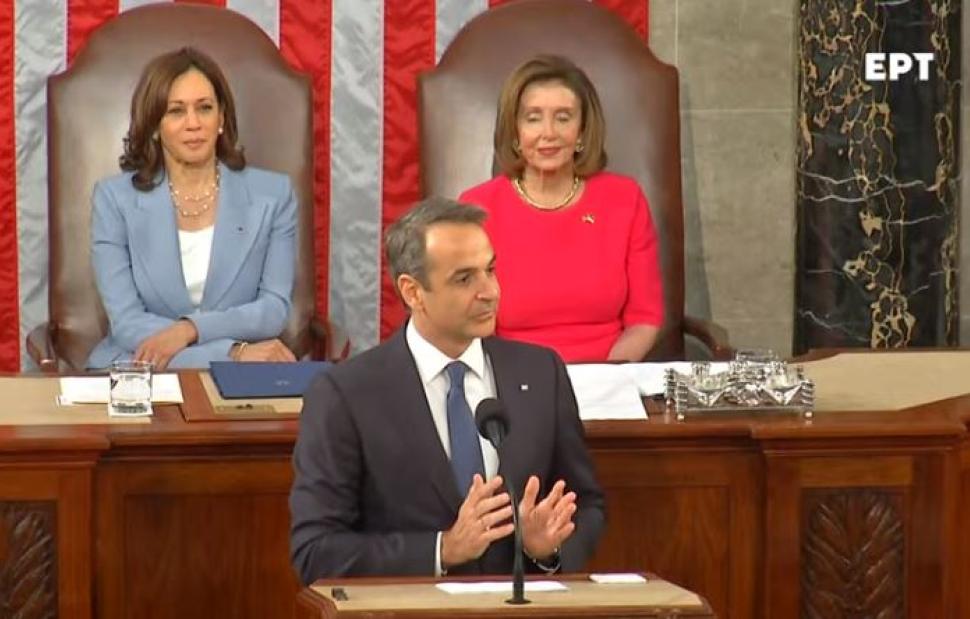 Government sources speak of a completely successful visit regarding the official visit of the Prime Minister, Kyriakos Mitsotakis to Washington: the meeting with the American President, Joe Biden, and the speech in the Congress.

“Greece has returned dynamically to the global and regional development, as a leading power in the Balkans and Southeastern Europe. A country a pole of stability, law, security and development. A country that holds the keys to peace and energy stability in the wider region. “A country whose heritage, in values ​​and principles, is recognized as the source of modern Western culture,” government sources note.

They point out that “Greece is the moral guardian of freedom and democracy. “Greece and the United States, in addition to historical friendship, today have mutual interests and common constitutional principles.”

They add that “Greece in the last three years is getting stronger with the progress that ensures the utilization of its comparative advantages and its human resources, thanks to the plan of the Government. The people saw the results of our great political choices and our hard work. We are now at the level we deserve and this is a starting point for us to go even better “.

With the power of the words “democracy” and “revisionism” combined with a well-thought-out and historic -as he was characterized- speech, Kyriakos Mitsotakis managed to end his two-day visit to Washington with rave reviews, having highlighted Greece through Congress leading force in the Balkans and the Southeastern Mediterranean.

Without even naming Turkey, choosing to believe in international law and taking advantage of Russia’s Russian invasion of Ukraine, the prime minister used the most appropriate and ultimately effective way for the target audience to raise all burning national issues.

From the Turkish overflights in the Aegean, the revisionism of Recep Tayyip Erdogan with the map of the Blue Homeland and the Cyprus one for the rejection of a supposed solution of two states.

eferring to the Russian invasion of Ukraine, he noted that “we naively ignored the warning signs and the Russian actions with the annexation of Crimea” and added: “We Greeks are watching with horror what is happening 500 miles north, in Kyiv, Odessa , where the idea of ​​revolution was born, and Mariupol. We also see a people fighting for their freedom. “I say this clearly: we have no animosity towards the Russian people, but we can not remain indifferent to a struggle that reminds us of our own struggle for freedom.”

“The Greeks know what it means to face an invasion, what it means to be the hero of the weak for whom the first victory is not to submit to his fate, they understand the value of the allies”, he stressed and added: “Without them the Greeks, despite their heroism, they would not have been able to gain their freedom. “And that is what we are doing. We are with Ukraine and against Putin’s invasion.”

“We delivered humanitarian aid, gave weapons to the Ukrainians to defend their country and welcomed refugees. Putin must not succeed, he imagines a world of armies. “Not only for the good of Ukraine but also to send a message to all other leaders that no other revisionist behavior will be tolerated by the family of democracies.”

“Revisionism can not prevail. “Please do not forget an open wound that causes pain, the illegal occupation of Cyprus – this issue must be resolved under international law as I said yesterday to President Biden and no one will ever accept a two-state solution in Cyprus.”

“Greece always extends a hand of friendship to its neighbors, but there is only one framework for resolving our disputes with our neighbors, that of international law. We will not tolerate violations of our sovereignty and overflights over inhabited islands, which must end immediately. “I urge you to take into account the risk of instability in the south-east wing of NATO when making decisions on the supply of military equipment in the region,” he said. 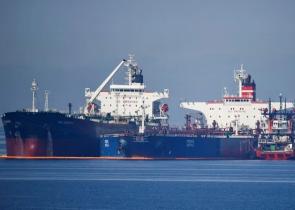 Iran’s Ports and Maritime Organization said on Tuesday the Iranian-flagged Lana tanker ship seized in April by Greece is no longer impounded and its oil cargo will be returned to i... 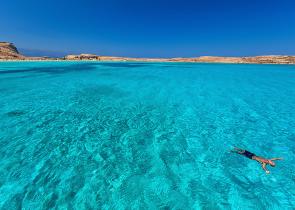 Greece ranks third only behind Austria and Malta for the quality of its bathing waters in the latest relevant European Union report, published on Tuesday. According to the repor...

Greece will recommend setting 2033 as a deadline for completing the accession process for the Western Balkans when EU leaders meet on Thursday at the European Council, Prime Minist...